Hey man, Rob Lee and I have something on my mind – it’s the mind. My mind to be more specific. One of my profound and unwavering fears is the loss of the mental gymnastics I’m capable of. I fear getting older because I would lose the one thing that I’m confident in – my mind, my mental quickness. I want to remain sharp for as long as I can. In that pursuit, which I concede is a losing battle – you can’t beat age – I’m always battling depression, anxiety and stress.  A three headed monster. These aren’t good for the mind – at least my mind. I’ll expand on these areas.

I’m a person who doesn’t use words like this lightly. I feel that, as a people, we generally are hyperbolic in a word choice. When using this word, I mean it. I have those telltale signs – but it’s coupled with self-awareness. Years of therapy have helped me recognize that depression is there. I want to be perfect and I want to control everything that I touch. That’s not doable but I’ve convinced myself that it’s possible. Battling depression takes energy. Energy that could be earmarked for something more productive like a podcast or writing. Depression stunts that.

Anxiety is my nemesis. He’s a strong nemesis. At times I serve my nemesis as I fear the unknown. This filters into other aspects of my person. So in 2012, I lost a high paying job. I liked this job. After losing the job, I had self-inflicted relationship issues – I wasn’t myself – depression made a guest appearance. This was followed by a slightly irrational decision of moving out on my own as I previously lived with my mom. So I had no income and new bills. I quickly managed that then the biggie happened. I was convinced I was going to die for one reason or another. I couldn’t sleep – I wouldn’t eat – I was convinced that I would die alone in my apartment.

From there I developed what I later learned to be panic attacks. I didn’t have a job, so minimal insurance. I was losing my shit. During this time, I lost nearly 130 pound! This was unhealthy and chiefly a response to anxiety and it’s tag team partner – stress.

Stress is a motherfucker. It’s heightened cortisol and those stress inhibitors related to fight & flight. It’s like always feeling like a jungle cat is coming for you or in the case of me, like an alligator is coming to rip off your dick. It affects my body drastically – from digestive to muscle tension. I hits my mood as well – I just seek relief.

Stress shows that everything is relief – that’s not true! That relief is a distraction and distractions can be good but they’re short-term and before I could better filter an understand this, they were destructive. I would overindulge or under-indulge in food, drugs, sex and any of the cool shit. I used it as a crutch. It’s not sustainable. Fighting stress is the move and that’s what I’ve been doing. 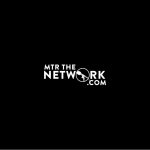