Top 7 Food Moments of the Decade

This list is purely my opinion and not at all a definitive list but food moments worth noting.

How great does it feel when you see your hometown represented on your favorite show? Imagine how it would feel if you saw your hometown beat out all the competition and win. That’s exactly what Steven Chu did on Guy’s Grocery Games this year! For anyone unfamiliar with the show, Guy’s Grocery Games involves four chefs of various backgrounds with three rounds of cooking to win the title, all set in Guy Fieri’s fantasy grocery store. It’s quick, creative and who doesn’t love Guy’s classic dad jokes? Steve is the co-owner of the renowned Ekiben here in Baltimore. You’d be a fool to sleep on Ekiben’s modern take on Asian/American cuisine. On the Super-Bowl themed episode of Guy’s Grocery Games, Steven won with a tailgate-style tempura vegetable dish with nacho cheese vinaigrette. He netted himself sixteen thousand dollars in the final run-through of the grocery store, an exciting moment for all to witness. I keep up with both Steve and Ekiben on Instagram, and while I haven’t seen the GGG winning veggies on the menu yet, I await that day with bated breath alongside the rest of my dedicated foodie friends. Steven Chu is just getting started ya’ll, the next decade is sure to see some great things coming from him and the good people of Ekiben.

The Rise of Duff Goldman

Ace of Cakes may have started in 2006, but when it finished in 2011, no one could have guessed how high Duff’s star would rise. Since then, he has transcended the food world as a judge on various cooking shows, guest interviews on shows like The Best Thing I Ever Ate, starred in his own food features like Duff til Dawn and Cake Masters and achieved one of the highest honors: becoming an Iron Chef. Since then, Duff has crusaded for same-sex couples, written a few books and started a baking competition for kids. Like Steven Chu, Duff is a Baltimore institution that keeps getting better with time, 2020 and beyond is looking very bright for everyone’s favorite motorcycling baker.

The Death of Anthony Bourdain

Anthony Bourdain was unlike any other personality working in the hospitality industry. His witty insights and constant snarky tone paved the way for many young people across the epicurean lands, looking to expand their horizon doing what they love for a living (present company included). An author of countless books (including two comic books) turned the everyday food show into an event. The man introduced America to a multitude of cultures and cuisines with No Reservations and The Layover. Truly, Anthony Bourdain was unique beyond words and we are worse off for his untimely death. What’s worse is that his wounds were self-inflicted, and I can’t help but think, if only someone was there with him, to help him through

The Return of Good Eats

Alton Brown never left the spotlight when Good Eats concluded in 2012. Despite having an epic career that spans both television and stage, he is still considered the creator of modern-day cooking shows that entertained and educated its viewers. I always felt Alton approached Good Eats like Jim Henson approached The Muppets, with bright colors and memorable characters, mounted behind a never-say-die work ethic. Even as Alton Brown hosted and created exciting new things for television, ultimately, his fan base would return to the only question worth asking: would you ever go back to Good Eats? Our prayers were answered on July 15th when the man himself made the announcement. Good Eats returned on August 25, 2019, and while Alton Brown has clearly grown with the show, Good Eats remains a beacon of food knowledge and entertainment for everyone to enjoy.

Is A Hot Dog A Sandwich?

The Takeout is a fairly young food-based publication. With their fingers firmly on the pulse of America, each day brings a new collection of stories and news happening across multiple food-related industries. It was late spring in 2018 when the staffers of The Takeout first starting asking the question “Is a hot dog a sandwich” to countless celebrities from every walk of life. Some said yes, it is indeed a sandwich, while others strongly disagreed that no, it is definitely not a sandwich. This is a vexing question, regardless of where you stand on the matter. I personally believe it is not a sandwich when put on a bun, the way God intended it. However, if you put a hot dog on two slices of bread it is a hot dog sandwich, no exceptions! Truly, The Takeout has struck a chord with this on-going feud of a question. Here’s hoping 2020 will see Barbara Walters finally bring an end to the constant debating. In the meantime, please enjoy the best Is A Hot Dog A Sandwich so far, written by the brilliant Allison Shoemaker.

I’ll be frank with you; Mario Batali does not deserve to continue to be successful after his disgusting transgressions. It felt like his brand of Italian cooking was whipped from the face of the earth overnight. Anything baring the Batali brand was either discontinued or ripped right off the shelves in favor of human decency. That’s when the question first arrived, can you really cancel a person completely? If you look, you can still find Batali’s books and random tchotchkes for sale on the internet. When cooking various Italian dishes, unless they came from your grandmother, odds are you may have first picked it up on Molto Mario. Mario Batali may never work in the industry again, but the fat bastard’s memorable reach will always be there, reminding us of why be loved him but reinforcing the reasons why we loathe him.

There is a certain Aziz Ansari joke that immediately comes to mind whenever I think about Paula Dean: Did that guy say something racist? Chicken and biscuits, never mind! Nom Nom Nom Nom!

It’s hard to believe that a wholesome, all-smiles personality like Paula Dean would have a single bigoted bone in her body. We’d tune in every day to see what comfort food would get her motherly touch of Southern charm mixed with a large amount of butter. But when the news broke in June of 2013, the entire epicurean world was stunned. Via a myriad of news outlets, Paula Dean admitted to using the n-word and wanting to hire an all-black staff for a plantation-style wedding, among other awful things. Now, that big pan of Mac n’ Cheese blended with mayonnaise tastes bittersweet. We often forget the old saying: you can take the person out of the South but you can’t take the South out of the person.

There you have it! Here’s hoping the next decade brings us many more moments filled with fondness and flavor!

Find MTRPodcasts on your favorite podcatcher!

Feel free to drop us a line at our mailbag, yes it’s a real email – jerkasscomments@gmail.com 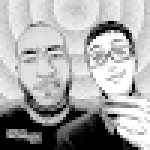